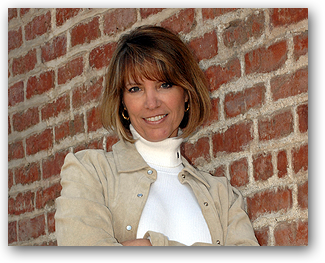 Burcell currently co-writes with international best-selling author Clive Cussler on the Fargo series. Pirate, their first co-written book, was released in 2016. The Romanov Ransom, next in that series, came out in 2017, followed by The Gray Ghost.

Burcell was the first female officer for her department. Her badge read "Policeman" and her locker room was actually a converted storeroom. While she'd always wanted to be a writer, her childhood dream was to be an Olympic ice skater. Unfortunately she didn't seriously start skating until her early twenties and by then it was too late. That hobby, however, was instrumental in allowing her to easily pass the physical agility test to get into the police academy.

Burcell has appeared on several true-crime television episodes as a commentator and even did a "forensic" sketch from a witness's description of "Baby Big Foot" for the Icon Films television series, Bigfoot Files, which appeared on BBC and Bigfoot: The New Evidence, which appeared in the U.S. on the National Geographic channel.

Every book in her first police procedural series starring San Francisco Police homicide inspector Kate Gillespie was nominated for the Anthony Award (with two winners), two were nominated for Barry's (with one win), and one for the Macavity.

The first book in her second series, Face of a Killer, starring Sydney Fitzpatrick, FBI agent and forensic artist, received a starred review from Library Journal. The fifth book in that series, The Kill Order, was named by Library Journal as one of the best thrillers of 2014.

The Last Good Place, released November 2015, is a continuation of the 1970s series by the late Carolyn Weston, whose novels were used as the base for the hit television show The Streets of San Francisco.